Not many buildings have the honor of being crowned with a copper dome during their lifespan. For the few that are fortunate, this opportunity comes along maybe once in a lifetime. That isn’t the case for the First Community Bank located in Cullman, AL. During the last ten years this bank has been hit by not one but two major natural disasters. Who would have imagined that wearing a crown would bring such unfortunate luck.

In 2009, Ornametals Manufacturing, LLC had the opportunity to manufacture the half-round gutter system that would accompany the copper cladded dome atop of the newly built bank. The roof system would be installed by CopperWorks Corp.  After completion it was impossible to travel down Second Avenue Southwest without admiring the dome and all of its shining glory. This admiration lasted for about two years before the first disaster struck.

On April 27, 2011, an EF4 tornado pummeled its way from the southwest to the northeast corner of Cullman County before moving on towards the neighboring towns. With its peak winds reaching 175 mph the tornado wreaked havoc on the downtown area leaving a lot of buildings severely damaged if not obliterated. First Community Bank would be one of these victims. There was so much cladding that had been ripped off during the horrific storm that the entire dome would need to be replaced. It would take approximately 2,000 pounds of copper to replace the dome. It took about a month and a half before the last piece of copper was soldered but once again the dome was completed.

There were a few minor storms that would occur over the next seven years but the First Community Bank and it’s copper dome stood firm. It wasn’t until March 19, 2018, that the clouds parted and baseball size hail fell from the sky. The frozen boulders struck with such force that entire car lots were destroyed and many homes and businesses were left with unwanted skylights. Due to the strength of copper and proper installation the dome did not sustain any significant or large tears in its cladding but it had seen better days. It was decided once again that the copper dome would be replaced.  Once again, Ornametals Manufacturing, LLC and Copperworks Corps would reunite for the task. The job was completed last month and for a third time the bank on Second Avenue shines bright like a diamond… let’s keep our fingers crossed that this third time really is a charm. 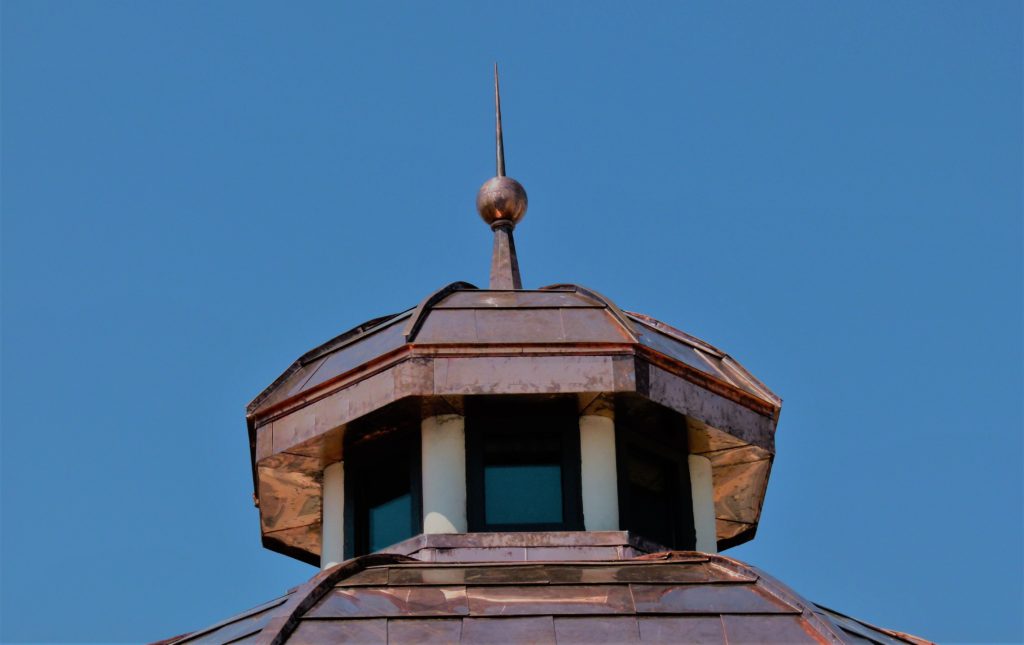 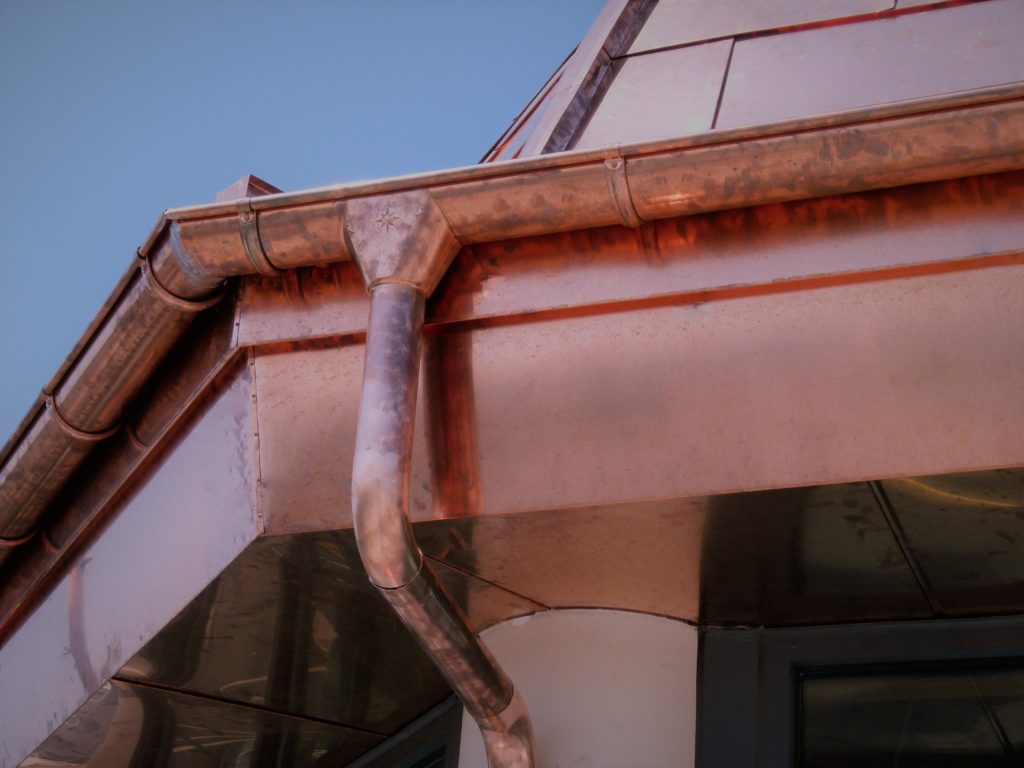 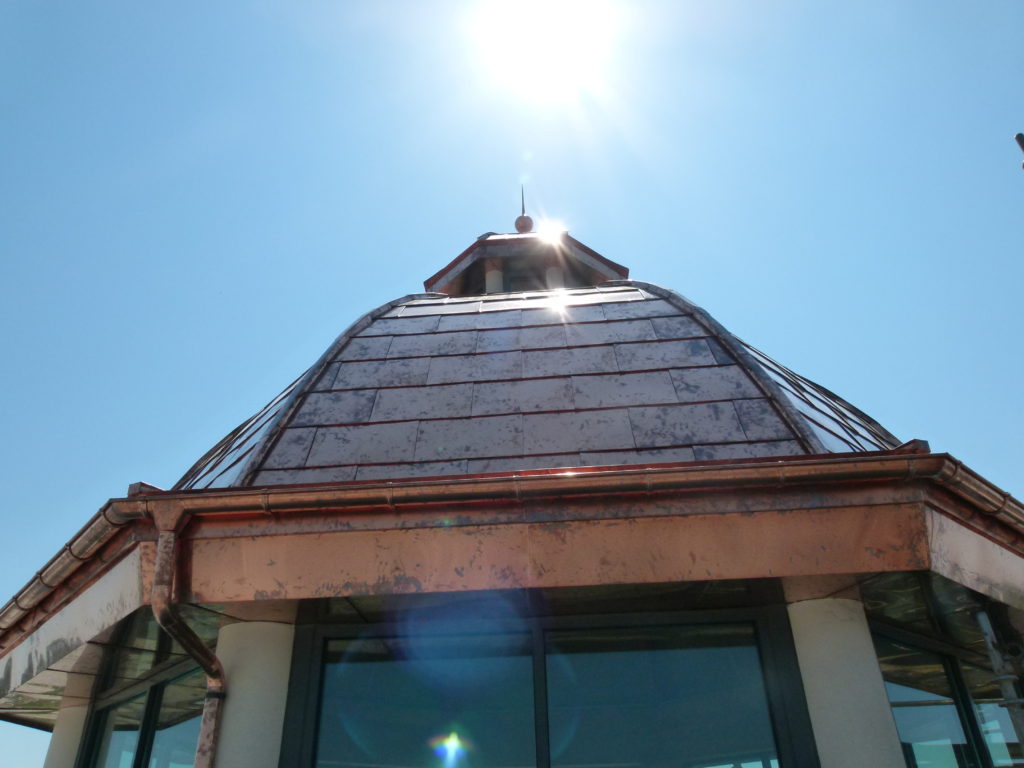 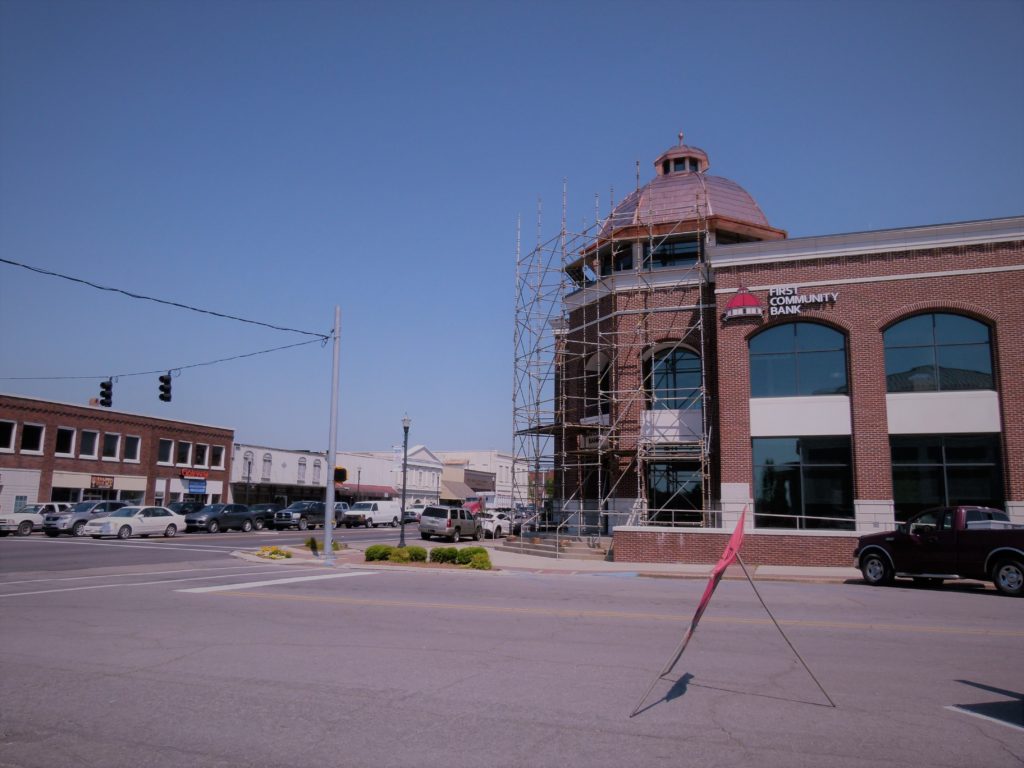 Please Call Us at

Get a FREE Quote